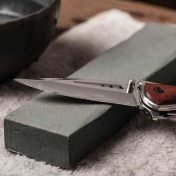 A pocket knife is a useful tool to carry around. However, what happens when your pocket knife becomes dull? This guide will give you some tricks and tips on ow to sharpen a pocket knife. Pocket knives have been carried for centuries. The oldest known knives go back to around… Read more » Beer is one of the oldest beverages in the world. It was one of the main sources of water before water purification was made available. The presence of alcohol killed bacteria or inhibited its growth. In modern times though, there are many reasons why someone might want to enjoy a… Read more » 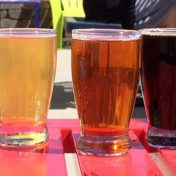 Beer is typically produced with wheat, barley and rye, all of which contain gluten. For those who live with Celiac Disease these are no-go ingredients than can cause major issue. Fortunately, for those with Celiac disease and enjoy a good beer, there are a number of gluten free beers that… Read more » 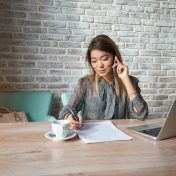 By Gage Hanson             Nobody likes phone interviews. Not exactly a controversial statement, but one that needs to be said nonetheless. There is a prevailing idea that everyone has that everyone else is great at talking on the phone. It isn’t true. So, when you have to interview on the… Read more » 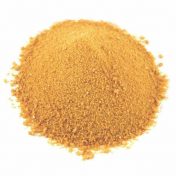 Maple sugar is sweetener produced by maple trees. It’s the primary ingredient (along with water) in real maple syrup. Also known as granulated maple sugar it is produced by removing water from maple syrup till only the sugar crystals are left. Maple sugar can be used as a sweetener anywhere… Read more »

By Gage Hanson There’s a common misconception that to be happy you need to be successful. Hustle culture has created a society that values month-long trips to the Bahamas, six different cars and custom tailored suits as the pinnacle of human prosperity. However, you don’t need all of that to… Read more »

Gage Hanson If you want to improve your meditation, it may be time to meditate with a mantra. Meditation comes with a host of stereotypes and cliches, one of which you have undoubtedly heard of is the mantra. In most pop culture representations of mediation it is a monk sitting… Read more »

By Gage Hanson Cream cheese is a popular ingredient in a lot of different recipes. Whether you are making cheesecake, a cream cheese dip, cream cheese frosting, or even marbled brownies, you will need to use a stick or two of cream cheese. The problem with cream cheese is that… Read more »

Does maple syrup go bad? Properly stored, no but it can undergo some changes. This includes crystallization and potential for mold forming on-top if given enough time. Maple syrup is made from the watery sap produced by maple trees. This sap contains sugar that is stored in the roots and… Read more » 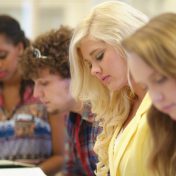 By Gage Hanson How To Make Friends In Community College? We’ve all been there. Graduated from high school. In college. And away from all the friends from the last twelve years of school. You have to start over again and make new friends, something you haven’t had to do in… Read more »